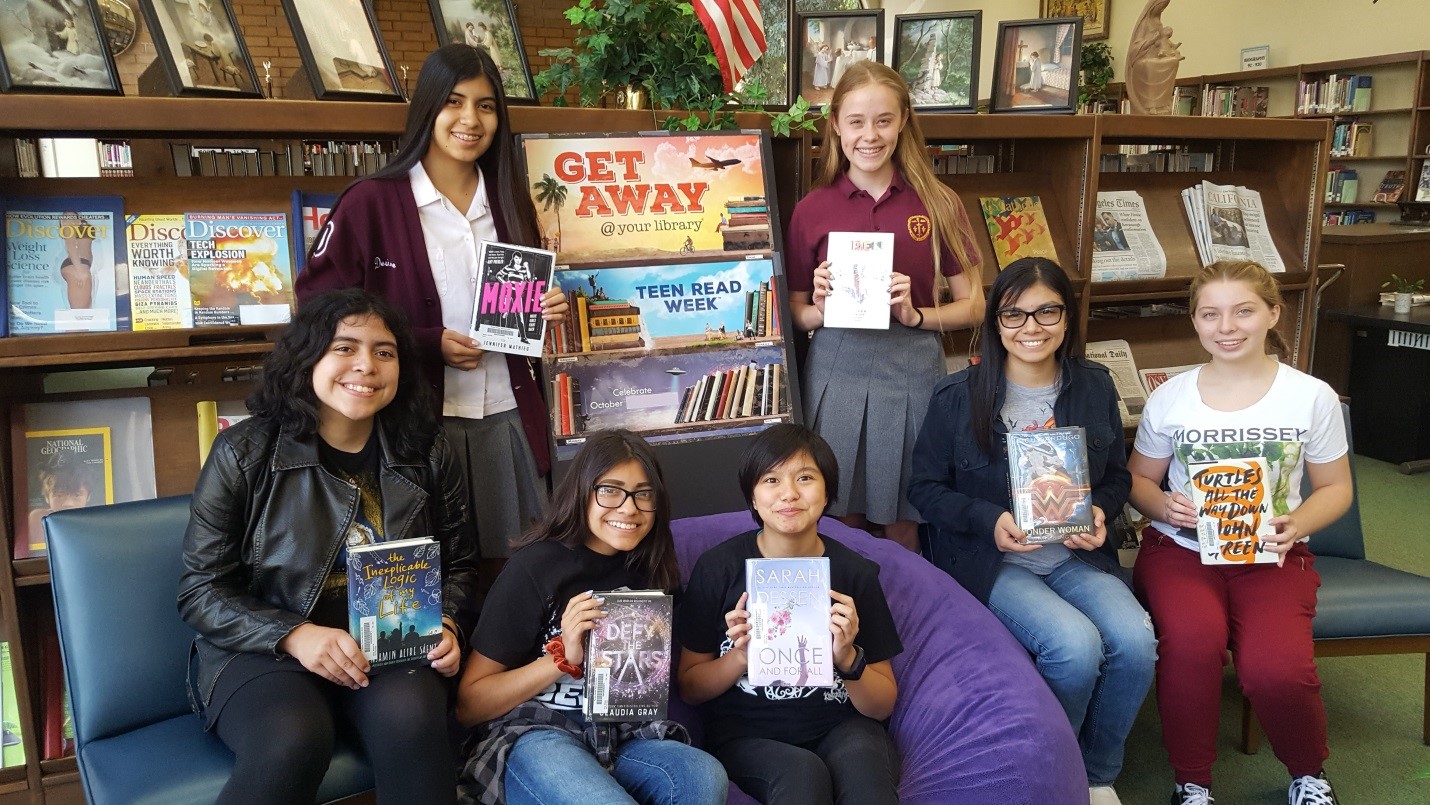 The Legion of Literary Ladies (L3) encourages all of us to think and read outside of the box, as well as seek out fantasy, science fiction and other out-of- this-world reads!

Vote for your favorites! Teens' Top Ten is a "teen choice" list, where teens nominate and choose their favorite books of the previous year! Voting ends October 13th, so go to the web site now and see what other teens across the nation are reading. You can vote for up to 3 books. https://www.dogobooks.com/voting/2018-teens-top-reads

Here is some information on some of the titles that you can check out! 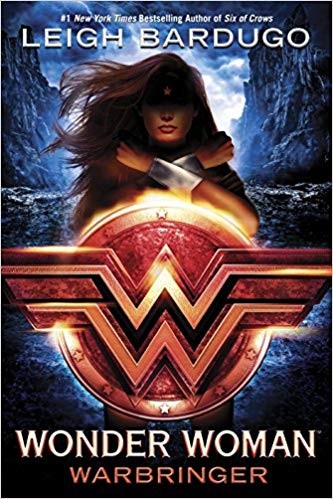 Diana has always been an outcast to the Amazons. She never truly had the chance to prove herself worthy of being an Amazon until she saves a mysterious girl from a shipwreck. The girl turns out to be a descendant of Helen of Troy. The girl will either bring an age of peace or a deadly war. 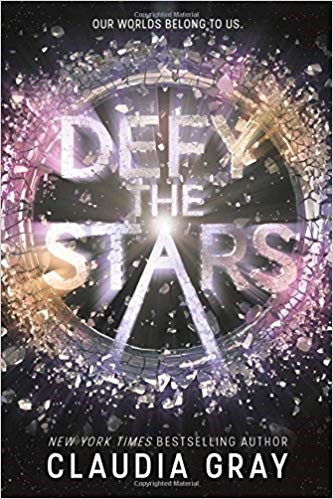 Defy the Stars by Claudia Gray

Noemi is a 17-year-old soldier defending her planet, Genesis, against Earth.Abel is a robot programmed to fight Genesis for Earth and protect his creator.They are sworn enemies who end up trying to survive together—and, perhaps, to find a way to end the war. 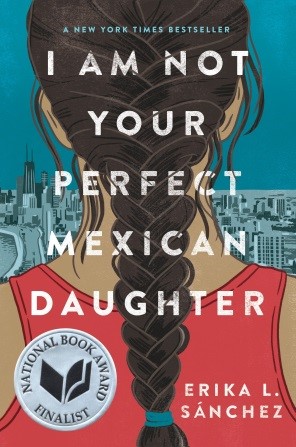 I Am Not Your Perfect Mexican Daughter by Erika L. Sánchez

Julia is an outcast in her close-knit Mexican American family, where she dreams of going away to college. When her older sister suddenly dies, Julia begins to piece together her sister’s secret life. As she grieves, Julia embarks on a mission to discover herself, unearthing her family’s past in the process. 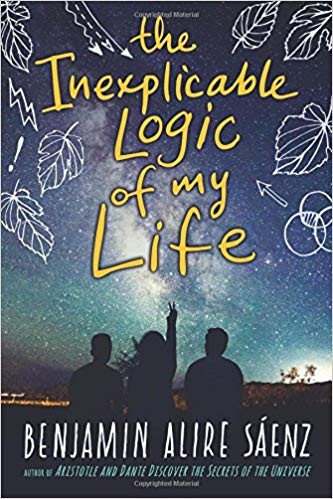 The Inexplicable Logic of My Life by Benjamin Alire Sáenz

High school senior Sal has a lot on his plate as he deals with his dying grandmother, tries to control his growing anger with the prejudice of others, and ponders his relationship with his adopted father and what it takes to become a man. 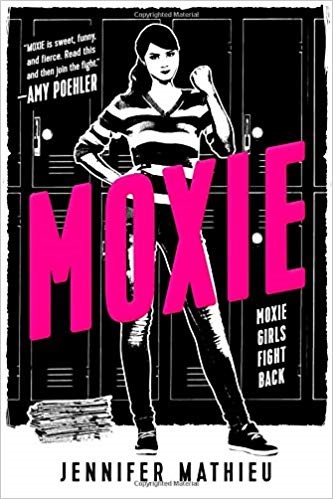 Inspired by her mom’s Riot Grrrl past and infuriated by sexism at her school, Vivian creates Moxie, a feminist zine, and distributes it anonymously in the girls’ bathroom. While Moxie grows in popularity,school administration lashes out against Moxie girls. Will they continue to fight back against sexism and discrimination? 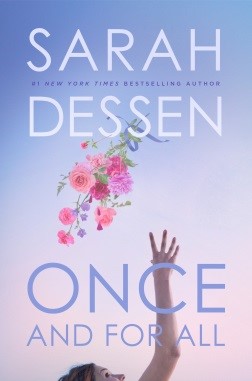 Once and For All by Sarah Dessen

Working with her mom on a wedding planning business, Louna has more than her share on weddings and the behind-the-scene disasters. Ever since the abrupt ending of her first love, she has been more cynical about weddings and especially, love. But maybe that will change when Ambrose comes along. 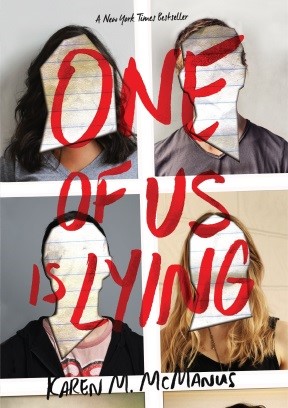 One of Us is Lying by Karen M. McManus

After Simon, the creator of Bayview High's notorious gossip app, dies during detention, the four other students in the room are all framed for murder. But the twist is, the next day, they were all going to be on Simon's app for secrets that would ruin their lives for good. So when Bronwyn, the Yale-bound student who never breaks a rule; Addy, the homecoming queen; Nate, the drug dealer; and, Cooper the all-star baseball pitcher, all come together to find out what really happened, the rest of the story unfolds. 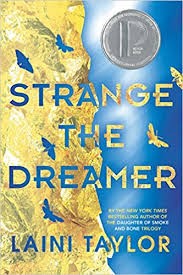 Strange the Dreamer by Laini Taylor

Lazlo Strange is an orphan raised by monks, and has dedicated his life to learning. His favorite story is of Weep, the lost fairytale city that was literally removed from memory. This is the story of his search for the magical city. 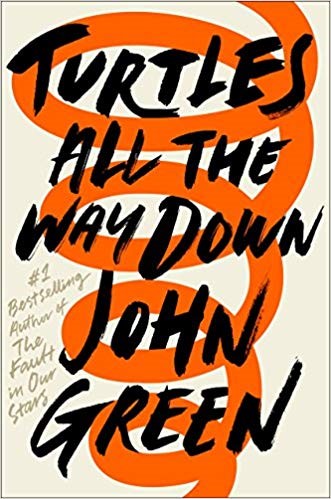 Turtles All the Way Down by John Green

High-school junior Aza, who struggles with anxiety and obsessive-compulsive disorder, reconnects with childhood friend Davis after his billionaire father disappears, on the run from the police. But can Aza and her friends help Davis cope with being parentless when she’s having trouble managing her own downward-spiraling thoughts? 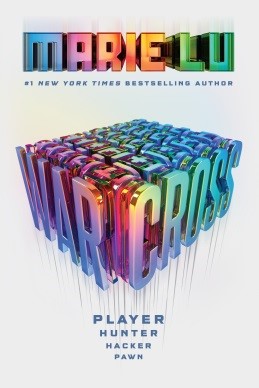 When bounty hunter and hacker Emika Chen finds herself unexpectedly entered into the exclusive Warcross championship, she is determined to get to the bottom of a dastardly plot while trying to pull off a win in the worldwide virtual reality game. 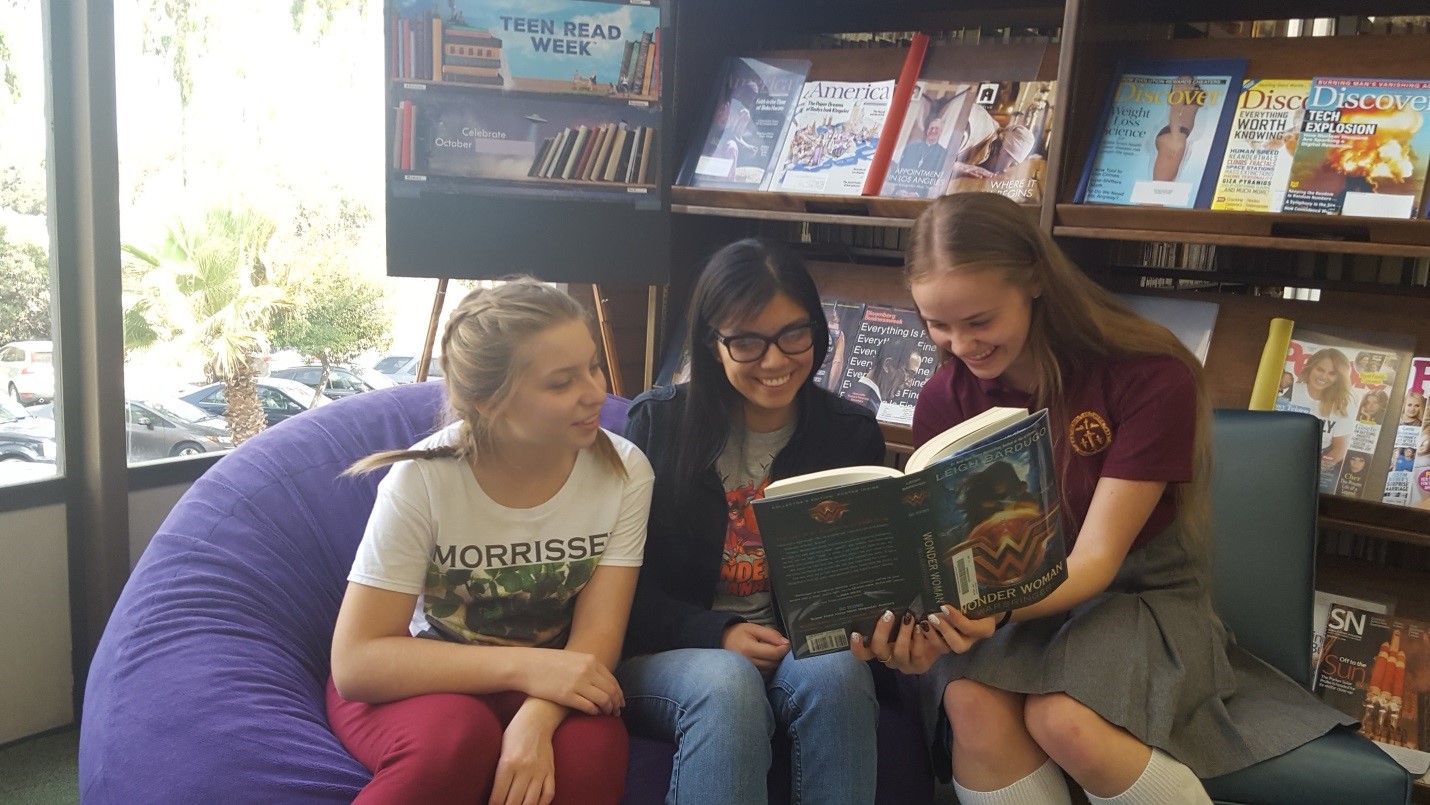 The Teen Top Ten titles will be announced the week of October 15, 2018, so check the Teen Top Ten web site next week to see the winners! http://teenreadweek.ning.com/profiles/blogs/2018-ttt-voting-open